Under its vision to cement its position as “Qatar’s Bank of Choice”, the bank’s rebranding comes at a time of massive transformation for the group. The bank is eyeing a fully digital infrastructure that delivers on operational efficiency and profitability, as well as on secure, simplified and seamless banking experience for its customers.

The rebranding also reflects a shift in the bank’s mindset toward product and service innovation; guided by the mission to empower people in solving their everyday problems and planning for their financial present, rather than for their distant future.

The bank’s new name takes after the Dukhan city, West Qatar, the site of the first substantial oil reserve to have been discovered in the country; a milestone discovery that has laid the foundations for Qatar’s economic and social growth for over eight decades. Today, as Qatar ushers in yet another economic transformation toward knowledge-based and digital industries, Dukhan has transcended its physical significance to its symbolic power. It remains a beacon of change that transforms a nation, that crosses geographies and that moves societies forward. 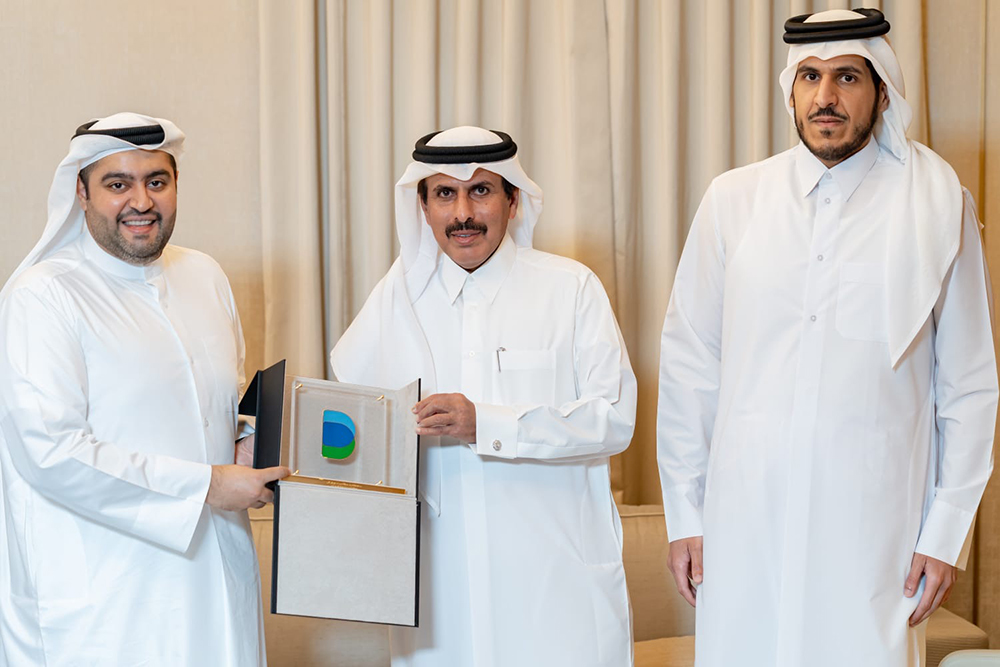 "We’re glad to witness the birth of this new emblem and journey. Best wishes to our brothers in the Board of Directors, the Executive Management as well as the depositors and shareholders. We wish for the bank prosperity and progress at these particular times that are filled with challenges in the banking and economical fields.” 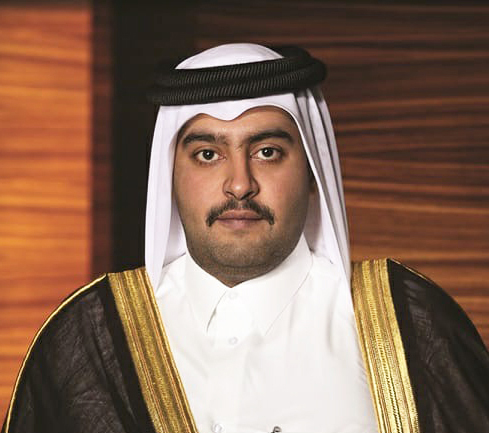 “Today, we celebrate the unveiling of our new brand which goes beyond a mere change in name but, rather, acts as the turning point of a new beginning which stems from a firm belief in continuous innovation despite all challenges. It means to have a new mindset that keeps pace with the folds of our present and fulfils our commitment to meet our customers and stakeholders’ aspirations in the future”.

“It has taken us a lot of time, effort and contemplation to define our new vision, mission and culture which embrace all of our shared experiences. At the same time, we have studied our organisation, implemented major improvements, and enhanced our central operations when finalising Dukhan Bank as a financial services provider which not only gives our customers a banking experience that meets their needs but one that goes beyond their expectations. We vow to continue our relentless pursuit of leadership and excellence in banking, while adopting an ambitious approach anchored in sustainability, growth, and development at its core; whilst taking bolder steps and observing intelligent risk management policy to support this approach”. 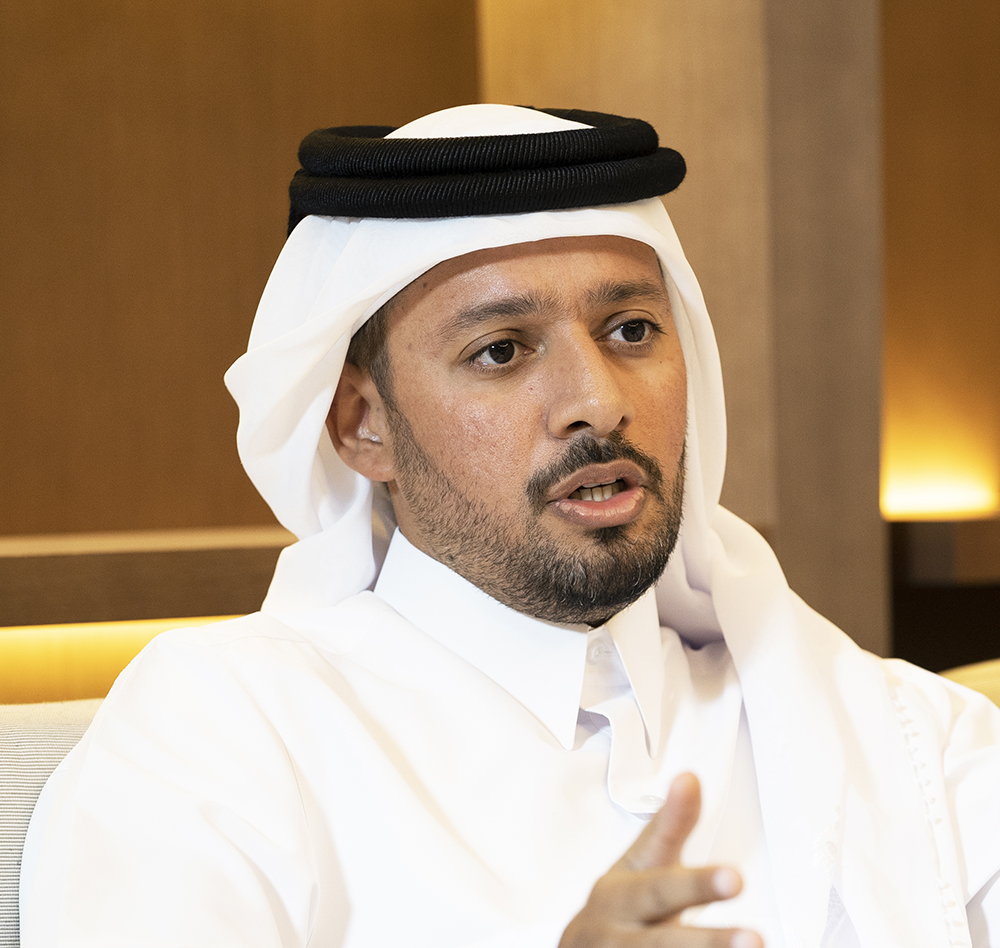 “At Dukhan Bank, we provide real-life and innovative solutions in Qatar to contribute to reinforcing the banking sector, providing banking products and services that meet the needs and interests of customers. We aim at developing services with the most advanced banking technologies, and doubling our efforts to meet the strategic goals in order to reinforce the bank’s position in the banking sector and grow its market share. We eager to develop its role in the market and play a key role in achieving the goals of Qatar Vision 2030, while developing our human capital, expanding the engagement of skilled and qualified Qatari youth and developing their skills to contribute to revival of the State of Qatar”.

Dukhan city’s story, legacy and heritage are mirrored in the identity of the new bank. Dukhan Bank is a powerful alliance between those who built Qatar’s banking industry and those who positively challenged it; the complementary forces shaping the present and future of banking, as told by the new logo. 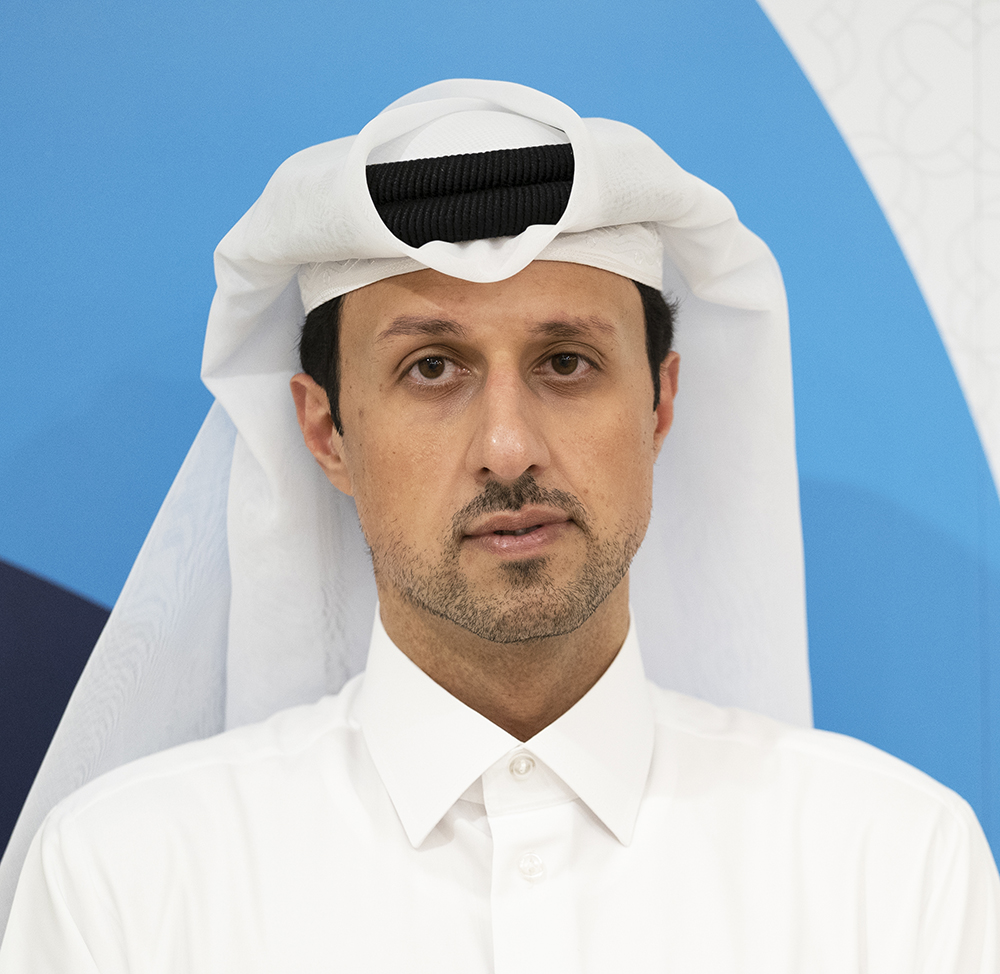 “Bank Dukhan is yet another proof of the rise of a new dawn for major financial and dynamic institutions in Qatar. Dukhan’s is deeply-rooted in Qatar’s heritage and to the first oilfield discovered in Qatar which was the first and major booster for our country’s economy for over 8 decades. The choice of Dukhan’s name is a commemoration to a heritage that sets the foundations of the future, where our expertise takes a modern swift to provide innovative banking solutions keep pace with modern life and capable of meeting people daily needs. Hence, we look forward to encouraging individuals to take good banking decisions and to provide services and products that meet our customers’ expectations.”

Commenting on the new logo, he added:

“Confident and bold in nature, the sky-blue color of our first initial embodies our ‘Sky is the limit’ attitude. The green shade depicts the universality, trust and constant growth of our bank. The intersection of both forming our oceanic blue arch symbolizes open grounds for our product and service innovation. We trust that with this new journey kicking off, our efforts will make sure we stand by our community as a bank of the future deep-rooted in heritage, built on solid foundations of transparency and fertile green grounds for limitless potential”.

Mr. Al Khaja proceeded to reveal Dukhan Bank’s name and logo through an inspirational video showcase, taking the audience through the story and journey behind the bank’s new brand.

The rebranding announcement comes nearly a year after the official completion of the legal merger between Barwa Bank and ibq. The merger, the first ever in Qatar’s history, brought two of the nation’s leading and most dynamic financial players under one roof, establishing a powerhouse Shari’ah compliant financial institution backed by robust liquidity and solvency levels. Prior to its rebranding as Dukhan Bank, the consolidated entity continued to operate under the name of Barwa Bank following the completion of the operational merger.

Media Center | Careers | Investor Relations | Contact Us | About Us